Objective - This study examines the present-day implementation of the counter-cyclical principle suggested by Yusuf (AS) around four thousand years ago, in response to the King of Egypt's dream, to overcome the famine of seven years through saving grain during seven years of abundance. In general, the counter-cyclical principle encourages saving during times of plenty and spending during times of scarcity, activities which today help to stabilise the business-cycle.

Method - Library research is applied since this paper relies on secondary data by thoroughly reviewing the most relevant literature. This paper reviews the commodity-based currency systems proposed before, during and after the Second World War by several prominent economists (particularly Keynes, 1938; Graham, 1940; Hayek, 1943; Grondona, 1950 and Lietaer, 2001) all of which basically incorporated the counter-cyclical principle of Prophet Yusuf (AS). The primary purpose of these commodity-based currency systems is to stabilise the real value of money in order to improve macroeconomic stability. Additionally, this paper provides an in-depth analysis of Grondona system of conditional currency convertibility.

Conclusion - The Grondona system of conditional currency convertibility as compared to other commodity-based currency systems is more practical. Its primary advantage in comparison to other proposals of commodity reserve currency is that it could be implemented in parallel with the existing monetary system. Accordingly, it could be taken as a preliminary step towards a monetary system based on real money such as gold dinar. 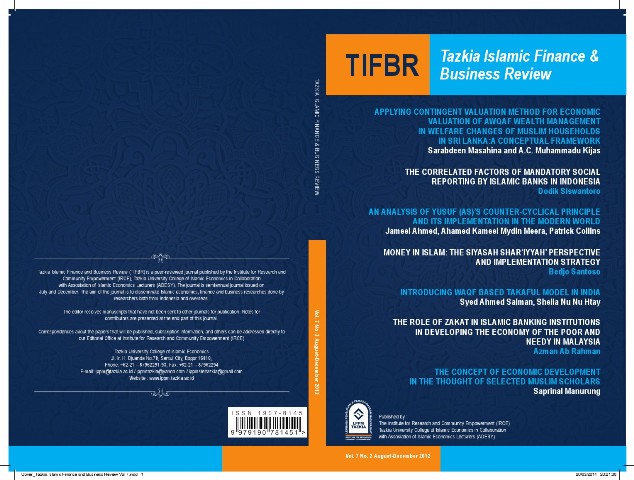